In 2012, British polar explorer, author, and climate scientist Felicity Aston became the first woman in the world to cross Antarctica alone, and the first person to do so manually (without the aid of kites or machines to propel her across the snow and ice). Her record-setting skiing expedition covered 1744 kilometers, or about 1084 miles, in 59 days. With a history of polar exploration and a never-ending curiosity about Earth’s extremes, Felicity has led many expeditions, competed in challenging arctic races, and served as a climatologist and meteorologist on the Antarctic coast. She has been called “resilient, brave, daring, and admirable,” but we call her a #StrongWoman!

In one interview for The Guardian, Felicity tells the following story: “In 2009, I led a team of women to the south pole. They were all beginners; some of them had never seen snow. But they did it. You don’t have to be superhuman – I’m not – you just need the will to do it. You need the mental drive.” Mental drive is what led Felicity to success on her solo Antarctic adventure. She mentions in one video recap of her experience that every morning during those two months, she opened her eyes, cringed at the sound of the wind outside her tent, and thought to herself, “I can’t do this.”

Some mornings, Felicity bribed herself with the promise of an extra five minutes in her sleeping bag the next day, or an extra bite of chocolate during lunch that afternoon. Sometimes she thought of all the people who had supported her and had helped her get to where she was. However, what Felicity really found most motivating – what really drove her to leave her tent and strap on her skis time after time – was recalling all of the people who hadn’t supported her, who told her she couldn’t do it or wouldn’t make it alone. Felicity wanted to prove those people wrong, and she did. 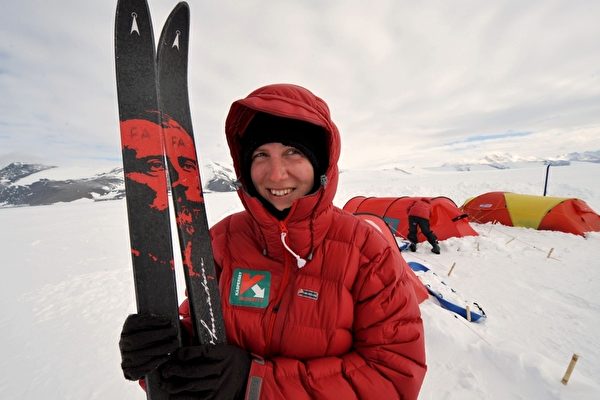 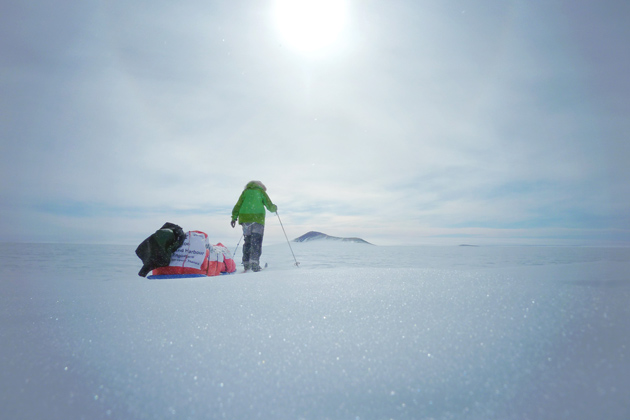 During her expedition, Felicity remained totally alone, isolated from any and all forms of life. She had scheduled two resupply airdrops during the journey, and she carried with her a satellite phone for emergencies. She chose to use the phone regularly only to send updates to her Twitter account; she claims that this small act of one-way communication kept her grounded among days filled with chatting with the sun and seeing (and even smelling) hallucinations in the tundra. In the same presentation of her experience, Felicity explains, “Faced with that experience [of being totally isolated], I fell back on my experience… I had a routine that I knew very well.” Even her routine couldn’t overpower the fear and anxiety Felicity sometimes felt, but she finished what she started anyway.

Steadfast and courageous, Felicity accomplished her goals just as she had planned. Interestingly, she found herself wondering, after her expedition, “How much farther could I have skied?” She’s incredibly curious and confident, and for as long as she can keep getting out of that tent, Felicity says she’ll keep exploring. In fact, she’s currently based in Iceland, where she’s planning an expedition of the North Pole for next year. What we love most about this #StrongWoman is that she celebrates the stories and successes of her fellow female explorers, too! “There are women who have done spectacular things in the polar regions, but nobody’s heard of them,” she says.